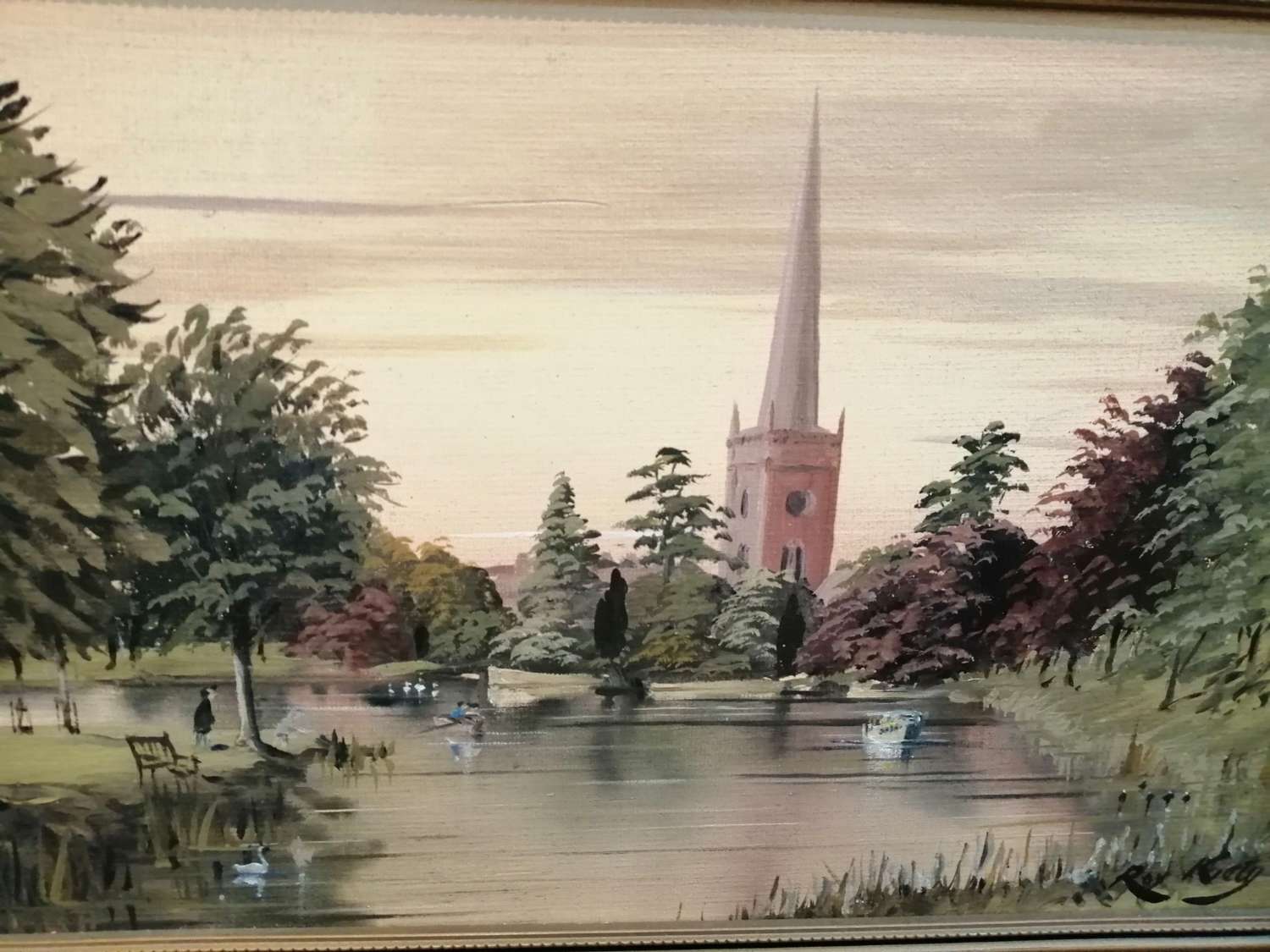 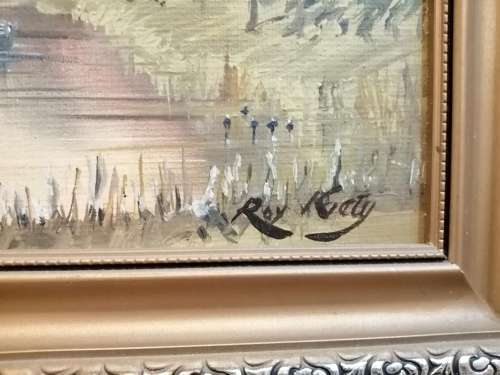 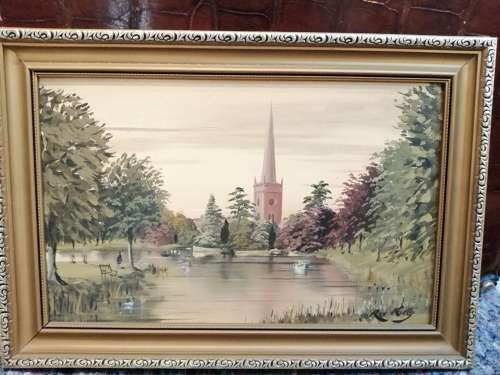 An oil on board of Stratford upon Avon
by Roy Kraty OBE (1909 - 2002)
Roy Kraty OBE was born in Bournemouth 1909 and died in 2002 and received his OBE in 1968. A self taught artist he joined the Stanmore art society where he sold his first painting.
After that his paintings were shown in many galleries including Herbert art gallery Coventry, Leamington Spa gallery and London Guildhall. and are infrequent at auction.
Signed to the front bottom right
Titled to the back and with his original address sticker on back
C1960
11 1/4" High
16" Wide