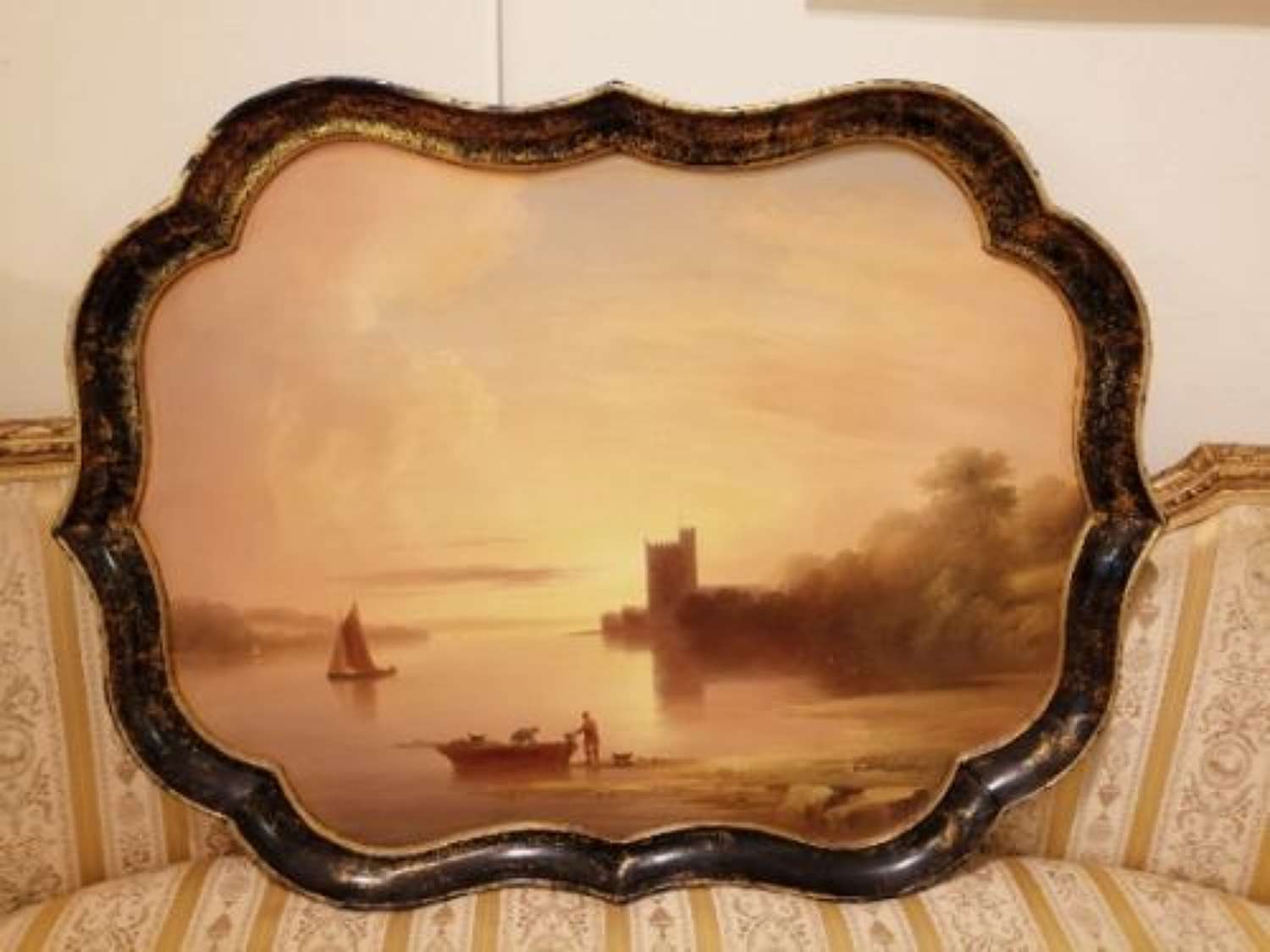 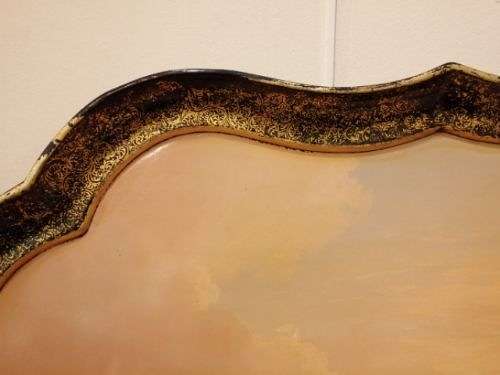 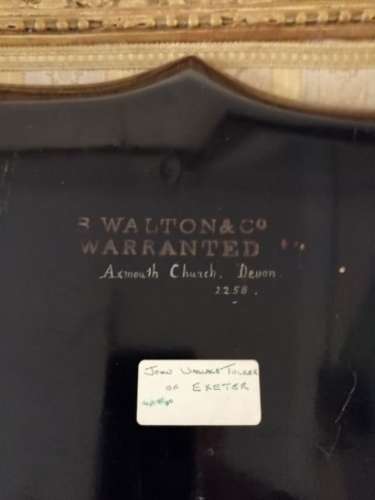 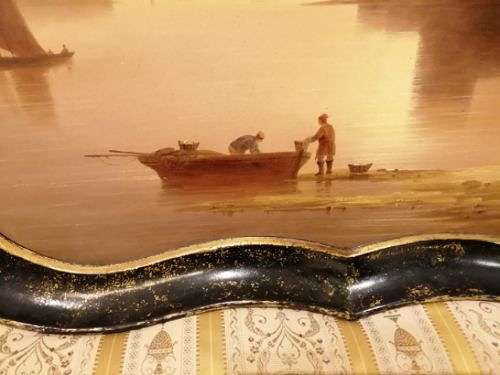 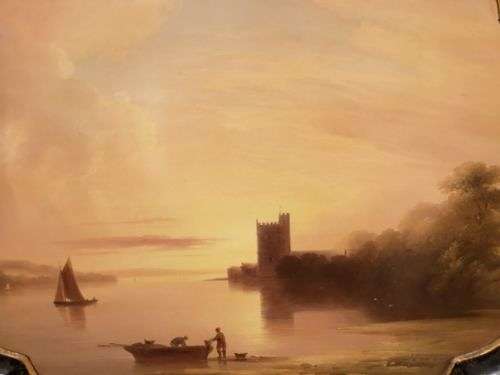 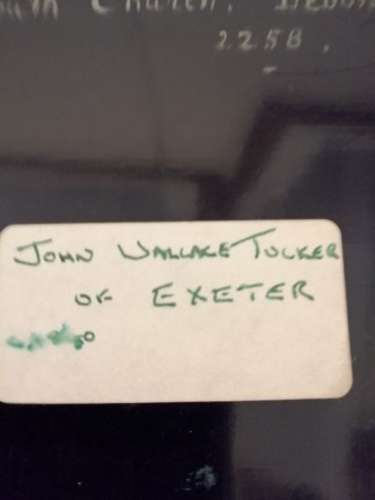 A mid-19th century Walton & Co. papier maché Tea Tray, of shaped barbed outline, the centre painted with a view of Axmouth Church Devon at sunset, within an estuary scene with sailing boats and fishermen to the foreground. A vermicular and acanthus leaf gilt border.
The underside impressed B. WALTON & CO WARRANTED and with painted title "Axmouth Church Devon" and 2258. Label for John Wallace Tucker, Exeter, the artist.
Condition very good, commensurate with age, some gilt rub
32" wide x 24" High
Benjamin Walton took over the running of the firm of Walton & Co. at Old Hall in Wolverhampton (previously known as Ryton and Walton) in 1842 when William Ryton, his partner died. Under his direction the firm produced a wide range of decorative papier maché wares until his death in 1847.
Walton & Co. are associated with a series of these so called 'gothic' shaped trays, which were well-painted with all-over landscape views, or figures in landscapes. They were generally lettered on the reverse with descriptions of the scene depicted.. These trays are seldom, if ever, signed by the artist, but are generally impressed 'B. Walton & Co.' or B. Walton & Co. Warranted'. Most have survived in very good condition which suggests that they were looked upon as decorative pictures and rarely pressed into service as trays.