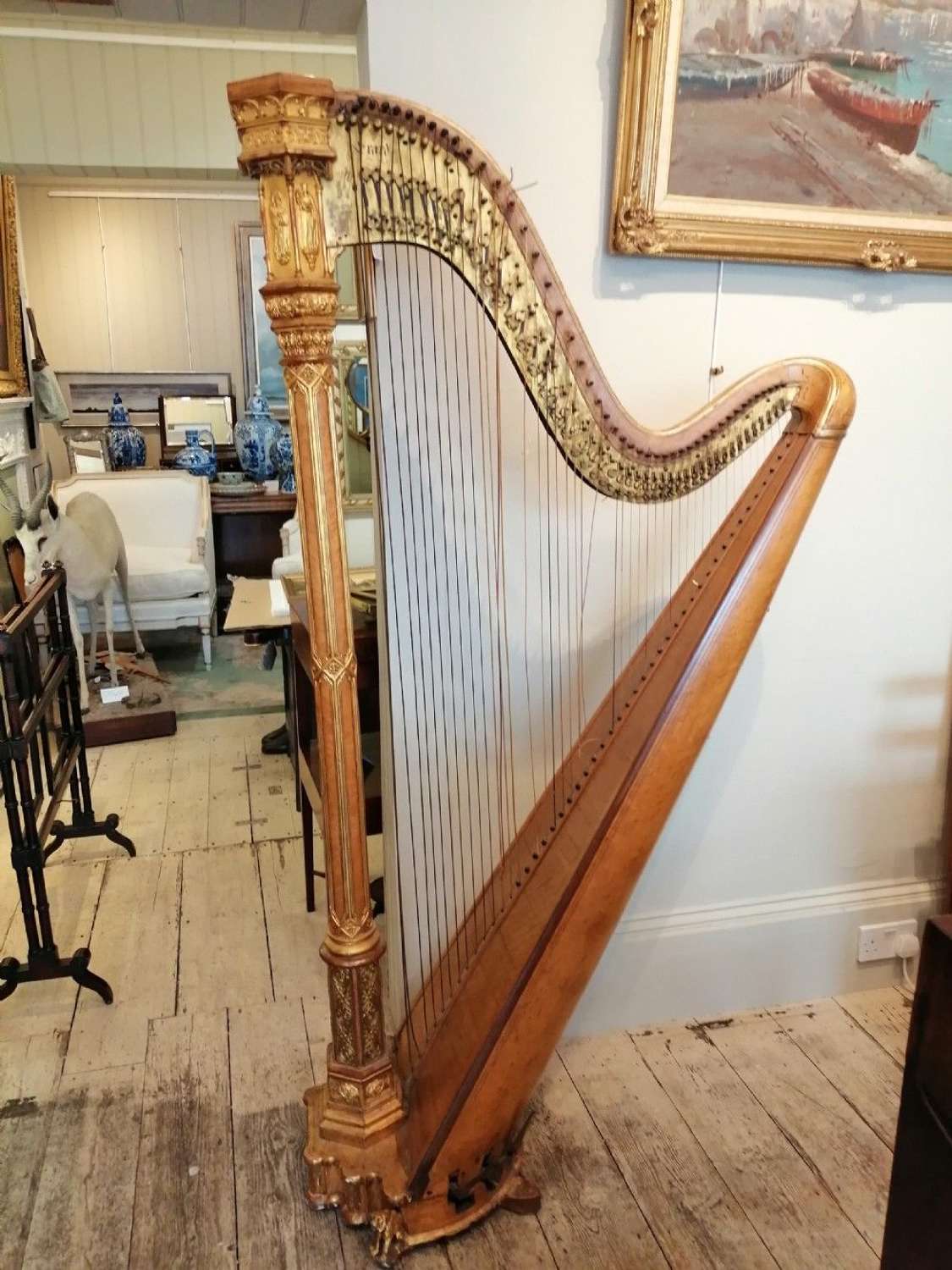 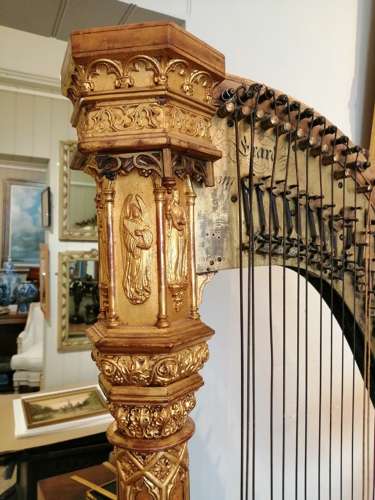 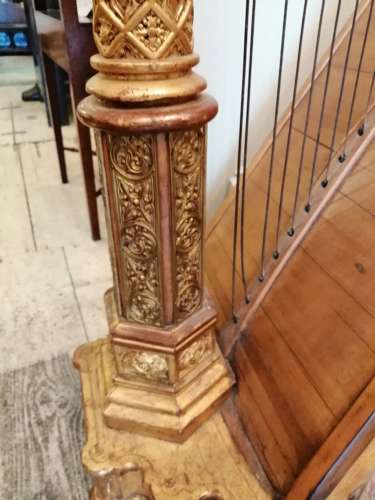 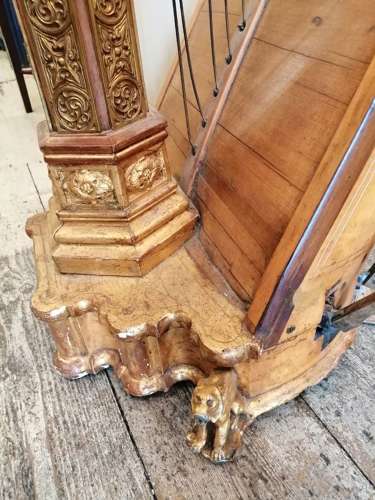 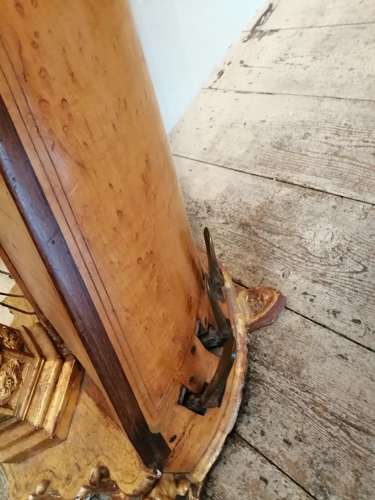 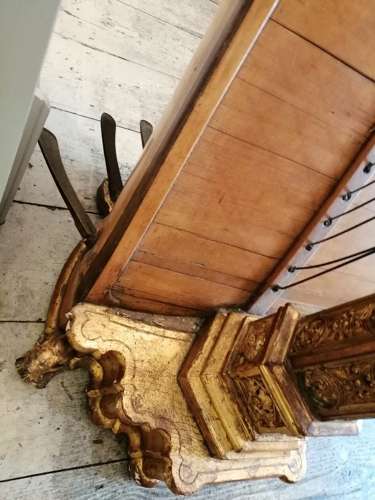 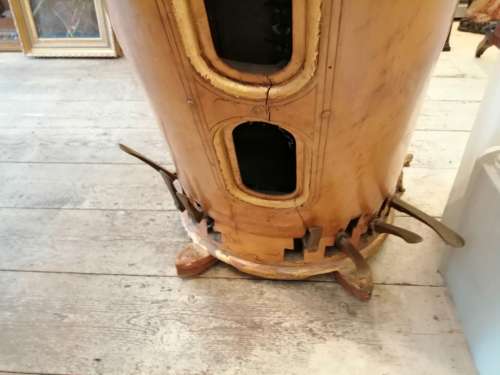 A beautiful Erard Gothic Concert Maple and Gilt Harp
Sebastian Erard was a harp maker in Paris
who designed the double action system for the
harp which is found with minor variations in modern
harps. He moved to London at the time of the Revolution
where he established a second factory. The harp illustrated
is a relatively late production of the Paris factory designed
by his nephew Pierre with the full 47 string specification
which is comparatively rare.
The harp bears a brass plaque for " Erard 15 Rue du Mail, Paris "
and also a porcelain disc to the very top of the harp for
"Brizzi & Niccolai Firenze " , the latter high quality and eminent piano manufacturers and musical instrument retailers from Florence.
The harp is in good visual condition and is sold as
seen as a decorative item at this stage. However we only believe it requires re-stringing, the sound box and pedals being in good order. Some minor TLC to the top of the column
c1850.
70 1/2" High
37" Wide
19" Deep
Delivery charge by negotiation